Federico Guarascio is a talented producer of short films and documentaries, whose film “The Fourth Kingdom” stopped us in our tracks. A haunting survey of the communities comprised by various recycling scavengers, diving into the worlds they inhabit and how their lives intersect, the film won the top prize at the Brooklyn Film Festival. This insured it would be sent on for consideration at the upcoming Academy Awards ceremony.

Guarascio’s dedication to the film directly impacted its success, as with his work on previous films such as 2014 Sundance selection, “Godka Cirka”, and the ambitious, imaginative “Only Solomon Lee.” We were entranced by the blend of projects Guarascio selects to work on, and his superior track record as a film producer, so we sat down for a taste of his process and for an insider’s perspective on working on the cutting-edge of contemporary film. 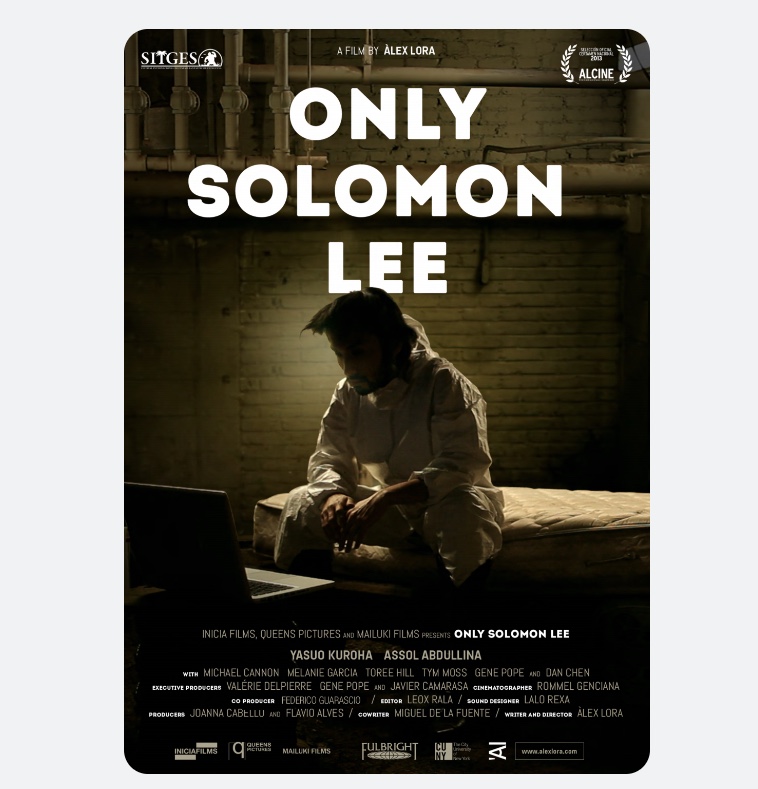 ANTE Mag – Federico, thanks for taking time to speak with us. It’s so exciting to see “The Fourth Kingdom” win the Brooklyn Film Festival! That must have felt amazing. Can you tell us some of the rewards and a few challenges of working on this most recent award-winning film you produced?

Federico Guarascio: “The Fourth Kingdom” portrays the lives of the inhabitants of ‘Sure We Can”, a recycling center where society’s outcasts can redeem cans for money.

A documentary of this kind deals with delicate issues, and it was therefore necessary to approach the characters and the reality of these lives, investigating the characters with sensitivity. It is very rewarding to see that from this contemplative and observational approach, these characters just open up: revealing their stories and their lives. Our goal was to capture that poetic, emotional, and cinematic essence of this special place and its inhabitants. In that sense I can say that we are very proud of it.

By filming some video pieces to show all the great work that ‘Sure We Can’ is doing and their impact in so many peoples’ lives, we started to get more curious about this special place, our ‘Fourth Kingdom.’ We spent so many hours there that we became invisible to the people working there. At this point, we felt we were able to create a documentary film in the way we like to tell stories so we put together the short film while we keep working on the feature. The response has been awesome.

AM – It’s such an exciting film that sheds light on these important subjects, tackling a range of delicate issues as you mention – such as homelessness, poverty and immigration. As a documentary, the film portrays an incredible cast of real-life characters in their familiar environments. There are so many topics being discussed, can you walk us through how editing played a role in this film to portray such a wide range of people involved in the recycling community?

FG – We intended to show the human part of our subjects, not their misfortunes or their misery. We were interested in delving into the emotional side  and learning about their dreams and goals.

Another rule we applied to our concept was not to leave the space while filming. We didn’t want to see these can collectors out on the street, but in their daily life inside this ‘Fourth Kingdom.’

With this film, we also wanted to address another point of view engaging with what we can call progress on our modern society. Plastics have forever changed our lives and our world. Waste, pollution, and recycling are new realities, and this kingdom portrays side effects of that evolution: the other side of the dream of progress.

Editing as always in documentaries is one of the most crucial parts. It’s not just about delivering a sequence of scenes already decided at the start: rather, it concerns creating a singular language and defining poetic choices. As a producer,  I had the honor of supervising post production and therefore helped to define the final form of the film.

AM – This is not your first time working with Alex Lora. You also served as producer on the films “Godka Cirka” and “Only Solomon Lee”: the former was a Sundance selection which also showed at the Brooklyn Film Festival. Are there common themes or similarities in how you encountered the subject of each film? Did your role evolve from these first two films with Lora to your work as a producer on “The Fourth Kingdom?”

FG – Totally, my personal path is defined by thematic recurrences that have evolved over the years in a manner consistent with my dual professional and human growth. And I must say that I was lucky to have ever found such a prolific partner as Alex, with whom I share most of the thematic and moral choices – this underlies the work we have done together.

FG – “Godka Circa” is definitely one of the biggest challenges I have faced in my career.

It started with many logistical and financial difficulties and ended with a work of high poetic and human value which I am immensely proud of.

Certainly filming in Somaliland was another great challenge from a production point of view, because the permits were difficult to find and because of the topic we addressed. The women in the film live in a country where women’s rights are almost nonexistent; therefore, we had political impediments from the local government. But in the end we brought home an excellent result.

AM – So many of your films have seen success on the festival circuit, from “Godka Cirka” to “The Fourth Kingdom”. Have you found some plan for success that you follow? Do you have tips for other film producers seeking similar success?

FG – I like to define myself as man with his feet resting firmly on the clouds. Meaning that I can work only on projects that I really like and I consider appropriate to my spirit: projects that sync with my moral outlook. Once I have ascertained this aspect, I try to understand the economic potential that the project can have and how I can raise the funds necessary to produce it.

In general I would say, after you refine your craft, go for what you like. Do not accept any compromise. Be brave and unscrupulous too: all or nothing. As went the British Air Force motto of the Second World War: “Who dares, wins”.

AM – Can you give us 2 or 3 highlights from your nearly 10-year career as a producer working on films in partnership with crews based in the United States?

FG – One of the best experiences I have had here has been working with Academy Award-winner Ellen Goosenberg Kent for her latest documentary now on HBO, “Torn Apart,” which was a real gem, and gave me a concrete example of the efficiency of high-level American productions. I was lucky enough to work from Italy in partnership with US-based crews, then relocated to the US from late 2018, joining my colleagues in the US that Fall to work hands-on on this and similar projects. Being in step with the US film crews opened my eyes to how incredible working in film in the United States could be professionally.

AM – Through your career working on over 20 films, what are a few films you have worked on that have really stood out to you in forming your career and your mindset as a producer?

FG – “Odysseus Gambit” was certainly the first job that made me understand the rules of the game and showed me my potential as a film producer. We had started the project without a budget and arrived at Sundance. A great success that I still remember with pride!

AM – What projects do you have in the works now, and what do you hope to work on in the near future?

FG – With Alex we are thinking of transforming “The Fourth Kingdom” into a narrative work. I am already seeking funding for this next step in Italy; stay tuned..!